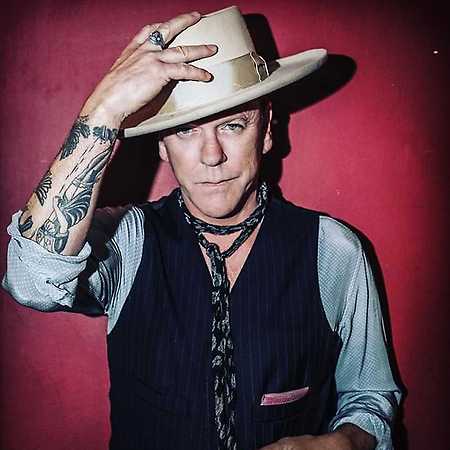 Kiefer William Frederick Dempsey George Rufus Sutherland is a Canadian actor, voice actor, producer, director, and singer-songwriter. He is known for his role as Jack Bauer in the Fox drama series 24 (2001–2010, 2014), for which he won an Emmy Award, a Golden Globe Award, two Screen Actors Guild Awards, and two Satellite Awards. He is the son of Canadian actors Donald Sutherland and Shirley Douglas and the father of actress Sarah Sutherland.

As a musician he released his album Down in a Hole in (2016) and Reckless & Me in (2019). As a producer he leads the record label Ironworks.