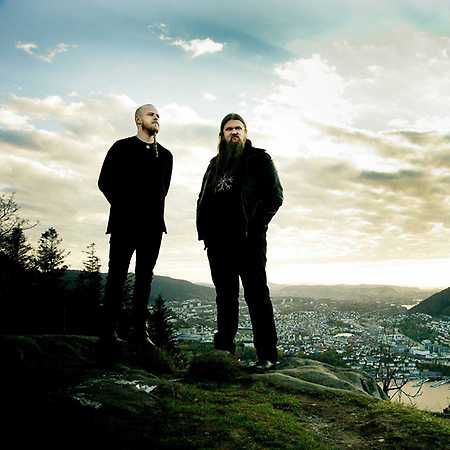 Even if their names rarely appear in the mainstream, Enslaved’s Ivar Bjørnson and Wardruna’s Einar Selvik are Norse musical royalty, which largely explains why they were commissioned to work together to create music in commemoration of the two-hundredth anniversary of the Norwegian constitution in 2014. The results were released in 2016 as Skuggsjá, a record that provided something of a meeting point between its creators chief projects (albeit with a clear skew towards the Norwegian folk composition of Wardruna rather than the progressive metal of Enslaved). The continuation of this endeavour is created under the name Hugsjá. Combining traditional and modern sounds and instruments, both musicians invite listeners to a special journey between old history and modernity.