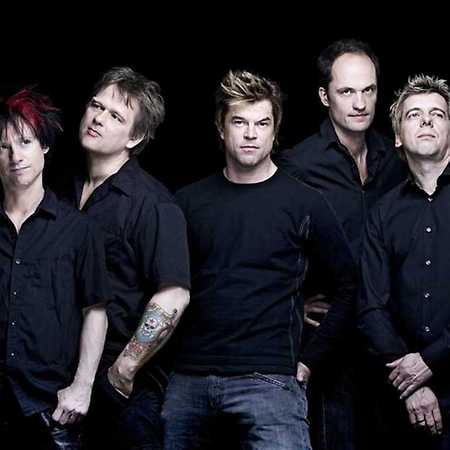 Die Toten Hosen (pseudonym: Die Roten Rosen) is the name of a music group from Dusseldorf, which has developed from the German punk movement and was founded in 1982.

The band plays rock music with mostly German lyrics and punk rock elements. In addition to the Berlin music group Die Ärzte, they are one of the most commercially successful German bands with roots in punk rock. They released sixteen studio albums, six concert albums and seven compilations by May 2017. Since the year 1990, they reached Number One on the German album charts nine times. The group mainly focuses on live concerts and a close connection with the audience and their fans.