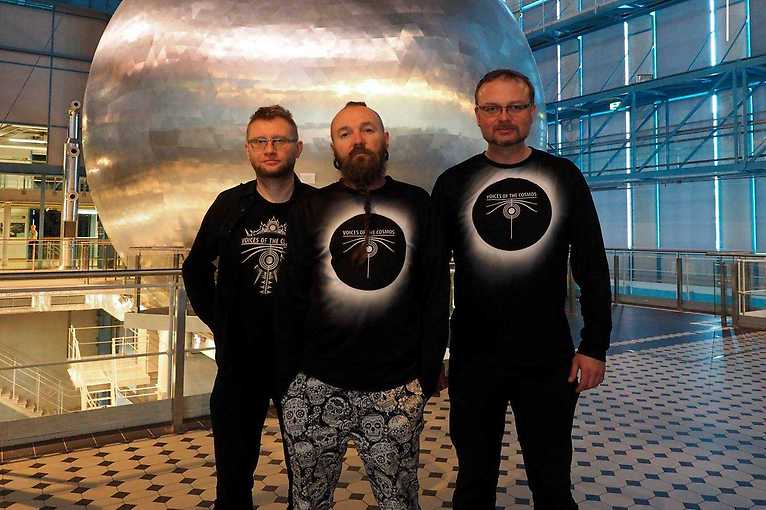 Ars Cameralis 2020: Voices of the Cosmos

Voices of the Cosmos is an artistic and educational project, which was created on the initiative of two musicians – Rafał Iwański (X-Navi:Et, also known from Hati, Innercity Ensemble, Kapital) and Wojciech Zięba (Electric Uranus). The musicians also invited Sebastian Soberski, an astronomer from the Institute of Astronomy of the Nicolaus Copernicus University in Torun and the manager of the Planetarium and Astronomical Observatory in Grudziadz to participate in the project.

This project, unique in Europe – and perhaps also in the world – uses original recordings of space from Torun’s radio telescope and archival recordings from space missions. All these extraordinary and astonishing “sounds of space” are then used in extensive electroacoustic works. So far, three albums have been released, the last of which was in 2019. The compilations of extraterrestrial sounds and music have been enthusiastically received by the audience, and have received good reviews in the national and international press. The VOTC concert during the Ars Cameralis Festival will be preceded by a lecture by an astrophysicist.

Concert will be broadcast on Ars Cameralis Festival website. http://arscameralisfestiwal.pl/

Voices Of The Cosmos  Magnetospheric Chorus