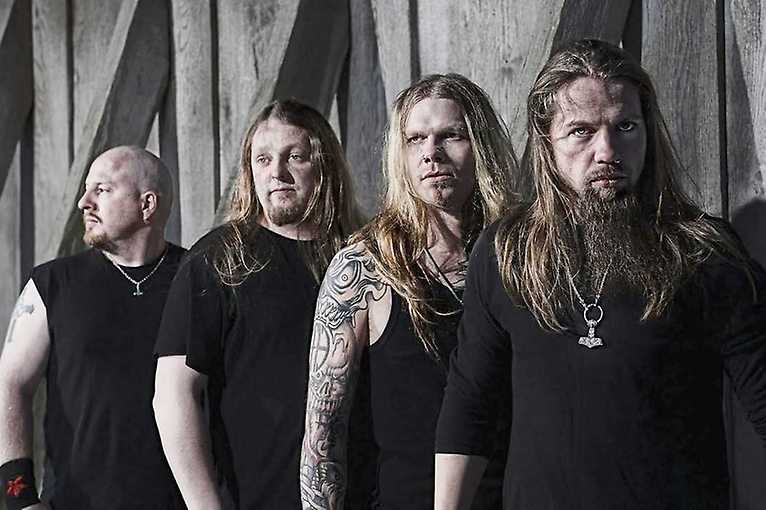 Týr and Arkona will present themselves in Poland four times as part of the “Heathen Heroes Europe Tour”. The tour’s co-headliners will be complemented by exceptional guests: the Hungarian Dalriada group and the Latvian Varang Nord. Folk metalworkers will present both their latest songs and a review of their rich discography.

Týr was founded in 1998. All personal turmoil and travels with concerts from the very beginning are remembered by Gunnar Thomsen (bass and vocal) and Heri Joensen (guitar, vocal). The band creates a melodic, quite sublime variety of folk metal, but unlike the typical representatives of the genre, they are also inspired by progressive music. In their work you can find a lot of references to Nordic mythology and the Vikings, which is confirmed by the name of the band itself, which comes from the name of the Scandinavian god of war, Týr.

Arkona (Russian: Аркона) is a Russian folk metal band. Their lyrics are heavily influenced by Russian folklore and Slavic mythology, and their music incorporates several traditional Russian musical instruments. The name of the band „Arkona” refers to the last Pre-Christianized Slavic city-castle. Their singer and songwriter, Maria „Masha Scream" Arkhipova, is one of the relatively few successful female vocalists in the Russian metal scene. She is married to fellow band member Sergei „Lazar” Atrashkevich, with whom she has two children.

Dalriada is a Hungarian folk metal band formed in 1998, which presented its first musical release only in 2003. The main position on stage in the seven-person band is occupied by Laura Binder (vocal, violin and flute) and András Ficzek (vocal, guitar), while the band’s instrumentarium also includes bagpipes and keys. They sing in Hungarian, drawing on Hungarian legends and poems, although the sources of the band’s name are in the British Isles. It is worth adding that in the folk metal performed by the Hungarians, the metal element is very strongly present, and their music is aggressive and at the same time highly melodic.

Varang Nord is a folk metal band from Latvia, which was founded in 2014 in the area of former Inflant, in the second largest city in Latvia, Dyneburg (after Latvian Daugavpils) on the Daugava River. Although the band was founded in 2004 and was initially operating under a different name, it was not until 2014 that they presented their first material called Fire of the North. Musically, the Varang Nord are melodic death metal riffs, loud chants and feasting accordion parts.