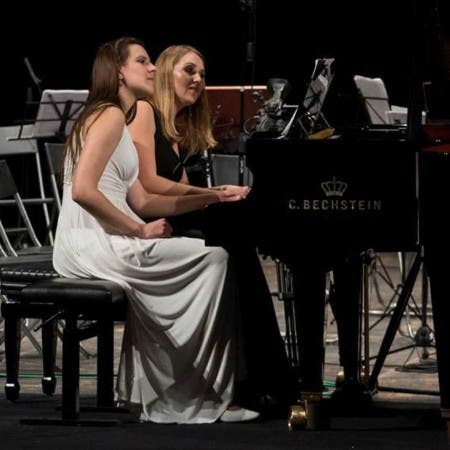 Pianistas Klara Kraj and Dominika Grzybacz have been a piano duet since October 2015. The team is educated under the supervision of dr hab. Bartłomiej Kominek at the Kraków Academy of Music. Despite the short period of cooperation, Duo Appassionato has several important achievements. These include performance of Francis Poulenc’s Piano Concerto for two pianos at the International Piano Duo Festival in Krakow, performance at the “Seven Trends” Festival at the Polish Radio Concert Studio in Warsaw on the occasion of the 70th anniversary of the Polish Composers' Union, recitals at the International Music Festival in Krakow and during "Krakow Autumn Music."