Apparatschik is a band from Berlin that exists since 1989. Olaf Opitz (stage name Oljeg Matrosow) moved from the GDR to West Berlin in 1989. Together with other musicians he formed a trio in 1988 consisting of guitar, accordion and balalaika. The band plays by its own admission "Volxmusik" (an individualised term for folk music) with mostly Russian lyrics combined with dance music, featuring the instruments e-guitar, balalaika, violin, accordion, drums and organ. Their version of Russian music is characterized by fast polka and ska elements, drinking songs and lyrical ballads. 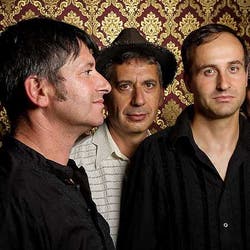 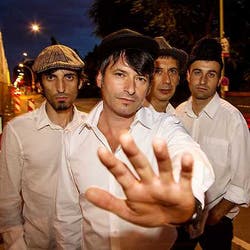