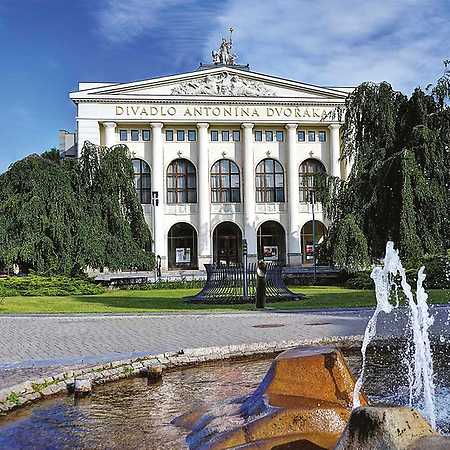 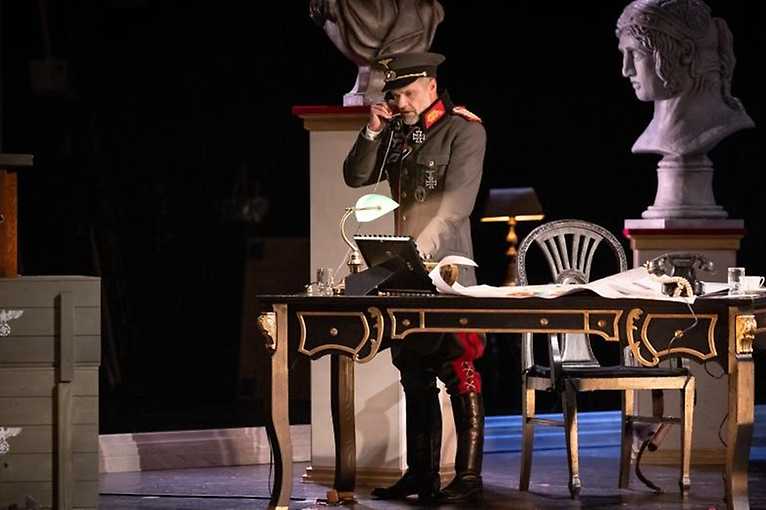 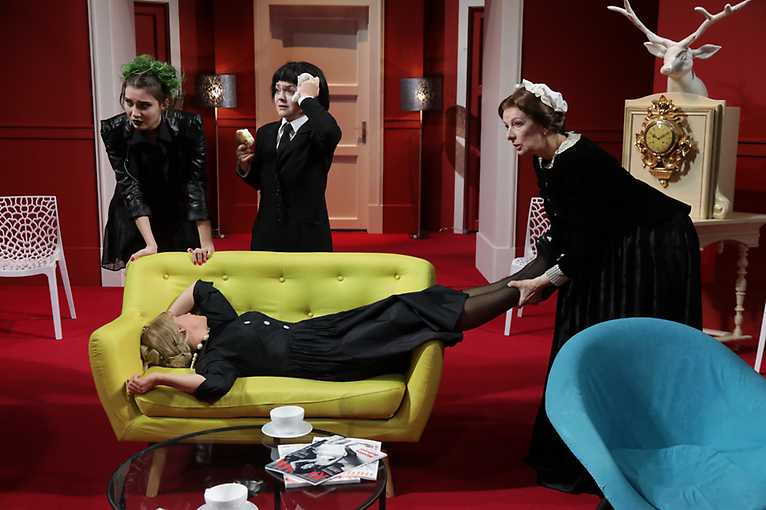 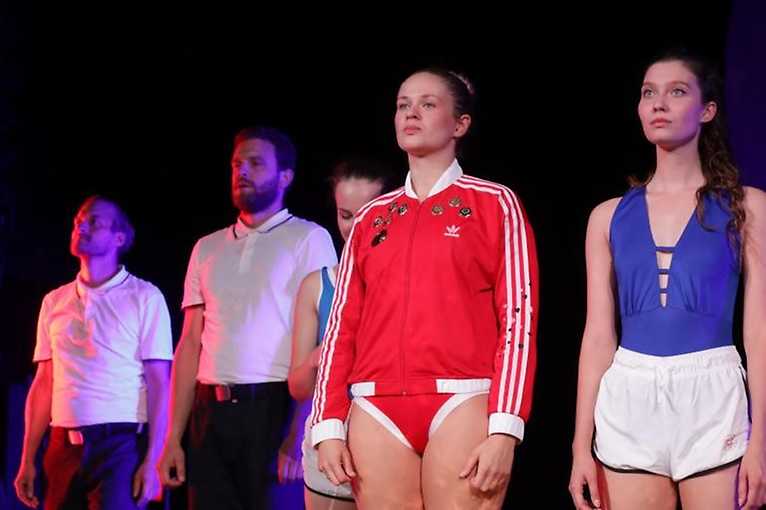 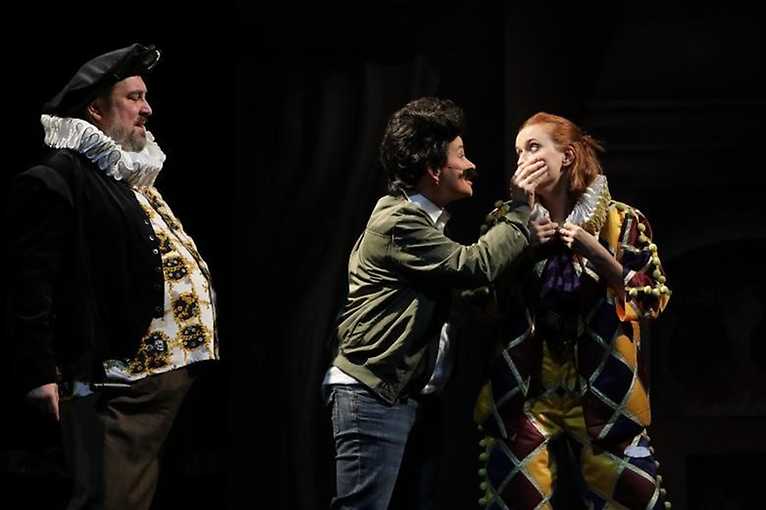 In 1902 the municipality in Ostrava founded a theatre building fund and two years later the theatre building committee decided to start a construction of a city theatre. Viennese architect Alexander Graf designed the building in a neo-baroque style. The most important contractor of the construction was the Vítkovice steelworks, which made a roof frame over the auditorium and the stage, including other iron constructions. The usage of iron-steel beam girders and horizontal lintels was unique compared to other theatre buildings in the country.

The artistic portrayal of internal space of the building – auditorium, foyer and entrancing hall – was made by Viennese sculpting company Johann Bock & son. Sculpting works on the façade were made by sculptor Eduard Smetana from Ostrava and the frontage is crowned by a gabled group – a sculptural group by academic sculptor Eduard Veith from Vienna. In the main foyer there were placed two big reliefs “Drama” and “Music”, which were donated to the theatre by academic sculptor Helena Scholzová-Železná. The main curtain was created in a painting studio Koutský & Rottonar in Vienna. It depicted an allegory to work, trade and art. The outcome of the work of the architect and of all mentioned artists has been one of the most beautiful theatres in the republic.

The city theatre (Stadttheater) was festively opened on 28 October 1907 and till the year 1919 performed only in German. Since 1919 the theatre became a permanent seat of the National Moravian-Silesian Theatre, during the Second World War were the artists however forced to abandon the building and leave it to the German theatre. After the end of the war this representative building of the National Moravian-Silesian Theatre (the State Theatre in Ostrava) used names such as Provincial theatre, Great theatre and the Zdeněk Nejedlý theatre.

The name the Antonín Dvořák Theatre belongs to the building of the City Theatre (reconstructed in years 1954 – 1956, 1969 – 1971 and 1999 – 2000) since 1990. It is a home stage for opera, drama and ballet companies of the National Moravian-Silesian Theatre and its auditorium after the reconstruction accommodates 517 spectators. The auditorium of the Antonín Dvořák Theatre is adapted also for wheelchair users.