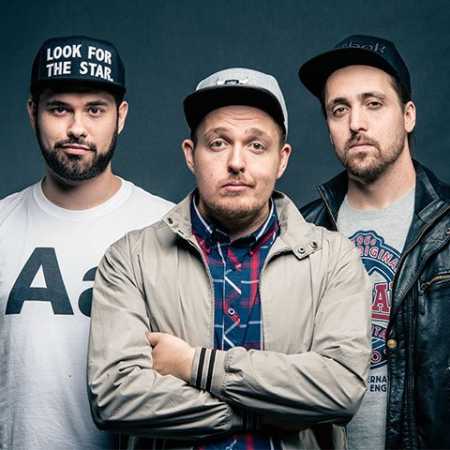 Antilopen Gang is probably the most political hiphop band in Germany, and so they ask for nuclear bombs on Germany, the abolition of the ‘pig state’ and world peace through pizza. Their 2017-released album Anarchie und Alltag debuted on No. 1 of the German album charts.

The Antilopen Gang consists of Koljah, Danger Dan and Panik Panzer. Contrary to other gangs, they do not claim any certain territory, but they do have gang-typical identity marks such as tattoos, language codes and their own humor. And as in every gang, all members are brothers, of course – Panik panzer and Danger Dan even biologically.

The first encounter is significant for the roots of the musicians: Their paths crossed in 2003 at the foundation meeting of a left-radical hiphop network. At this time they believed they could face reactionary tendencies in the genre and so the network brought rap to the stages of alternative youth centers and scruffy punk venues all over the country on a regular base.

When Koljah, Danger Dan and Panik Panzer founded Antilopen Gang together with their friend NMZS in 2009, they had left their flat political rap past behind them. Agitation and paroles were exchanged for adlibs and punchlines. The gang released various albums and EPs according to the D.I.Y. principle in different constellations. Their chaotic, but relatively intact world got distressed in March 2013, when band member NMZS ended his life. However, after this tragedy the gang did not disperse, instead they returned to the stage after a short break and demonstrated their persistence.