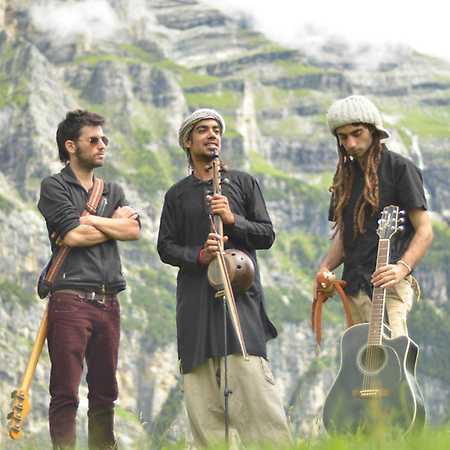 Anna RF is an electronic Ethnic Reggae band which creates music that combines the beauty of different cultures and brings people together in a joyful celebration of unity. The groups sound is a mix between east & west, blending ancient and modern Instruments with a live-electronic touch. Anna RF was founded in 2012 and they traveled through many countries and played on festivals like Ozora, Ancient Trance Festival, Psi Fi, Edinburgh Fringe Festival and many more. In 2016 they were chosen by YouTube to meet Pope Francis in the Vatican and speak about the positive messages of unity in their songs. Their latest album Flight Mode was released in June 2018 and was celebrated together with an extensive tour through Europe. The phrase anna RF is an arabic-hebrew expression which has a double meaning: “I know” and “I don't know”, which also stands for the philosophy of the group.