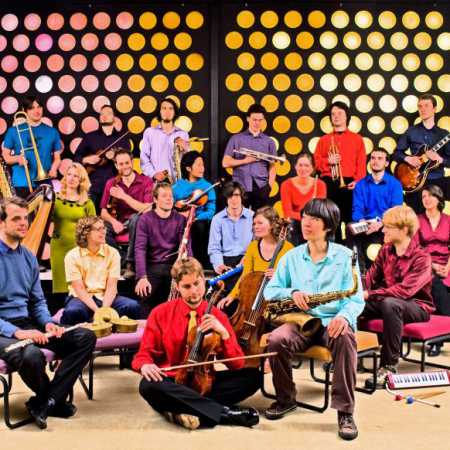 The Andromeda Mega Express Orchestra is a large-scale, at least 18 piece ensemble under the direction of Daniel Glatzel, who is the sole composer and arranger of the formation. The orchestra, which consists of both jazz and classical musicians, was founded in 2006.

The formation is characterized by “intrepid curiosity and openness to almost everything” (Henning Sieverts). Despite their specialization, the musicians, "driven by curiosity, enjoyment of making music and friendship, have retained their openness to a collaborative, exploratory project."_

The Rhythm Girls and Radiolians Orchestra