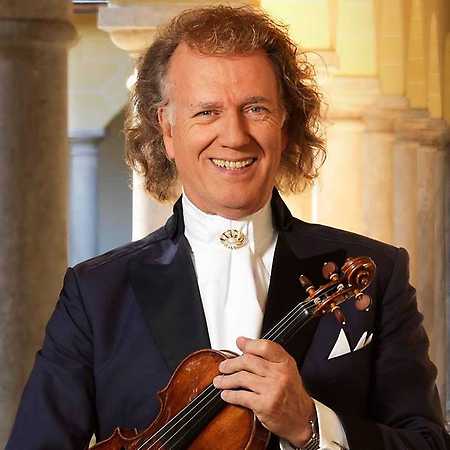 André Léon Marie Nicolas Rieu (born 1 October 1949) is a Dutch violinist and conductor best known for creating the waltz-playing Johann Strauss Orchestra. Together they have turned classical and waltz music into a worldwide concert touring act, as successful as some of the biggest global pop and rock music acts. He resides in his native Maastricht. While at university Rieu performed the Gold And Silver Waltz by Franz Lehár. Encouraged by the audience reaction, he decided to pursue the waltz form. Rieu created the Maastricht Salon Orchestra in 1978, and served as violinist with the Limburg Symphony Orchestra. In 1987, he created the Johann Strauss Orchestra and established his own production company. Since then, his melodramatic stage performances and rock-star demeanor have been widely associated with a revival of the waltz music category.