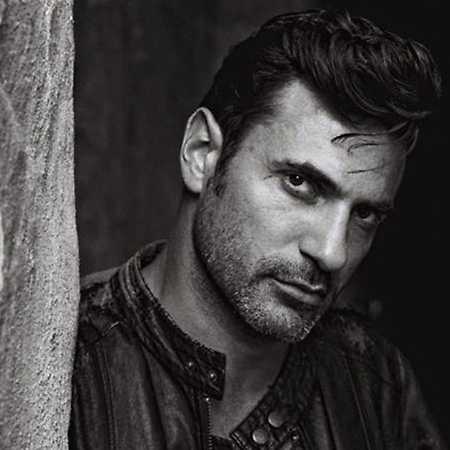 André Galluzzi is a German vinyl DJ from Frankfurt.
At the beginning of the 90’s he had already become a regular in a variety of clubs. In 1994 he started to work for the renowned record distributor Neuton, where he met Paul Brtschitsch. In 1996, they founded the label Taksi. The following year Galuzzi received a residency in Berlins famous club Tresor. During that time, he got a new residency at Ostgut, the precursor to Berlin’s world-renowned nightlife destination Berghain.
After Ostgut closed in 2003, he made the Mix Compilation Andre Galuzzi: Im Garten and created a new Party event called Submerge, which ran for two years. He had become quite famous for his 10 hour sets and played regularly at the Amnesia in Ibiza, when he found his place at the newly opened Berghain. In 2005 he began a studio cooperation with Guido Schneider and as a result they released a couple of tracks, foe example Albert Ino (2007) or Highgarde(2007).
In 2010 he met Dana Ruh and they started working on a common project, their label ARAS, a platform for him and up and coming talents to showcase innovative and unconventional sounds.
In the same year he released his third mix compilation Stadt Strand Fluss, followed by releases together with Dana Ruh on Ostgut Ton and Cocoon. One year later he startet his own party event We Play Vinyl as a statement for keeping vinyl records alive.
Inspired by his second home base London, several productions followed, such as for Cadenza and Bar 25. In January 2015 he released his debut solo album Alcatraz on Aras. Galuzzi, alongside Guido Schneider, returned to Cocoon with the track Mario in March 2015, followed by The Nine Remix.