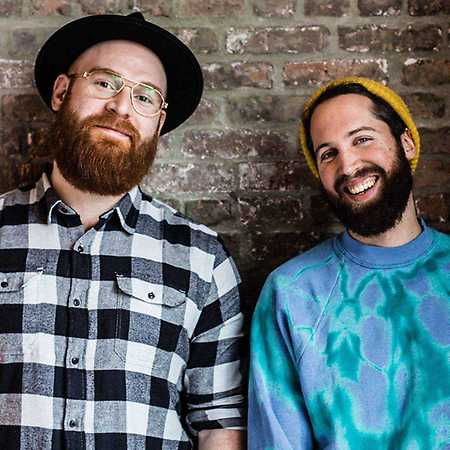 andhim is a German electronic music DJ-, remix- and producer duo.
The duo consists of Simon Haehnel and Tobias Müller from Cologne. In 2010 they got together as a duo. During this time they already made a couple of single and EP releases. In December 2010/January 2011 andhim got into the newcomer charts of the magazines Raveline and Groove (number 5 and number 8)
In 2013 they had their first commercial success with a remix of the song Wine & Chocolates by Theophilus London. The track debuted on number 31 on the German single charts and reached number one on the German club charts. They had another hit with the track Hausch that was released in March 2014.

Foxies on the Roof