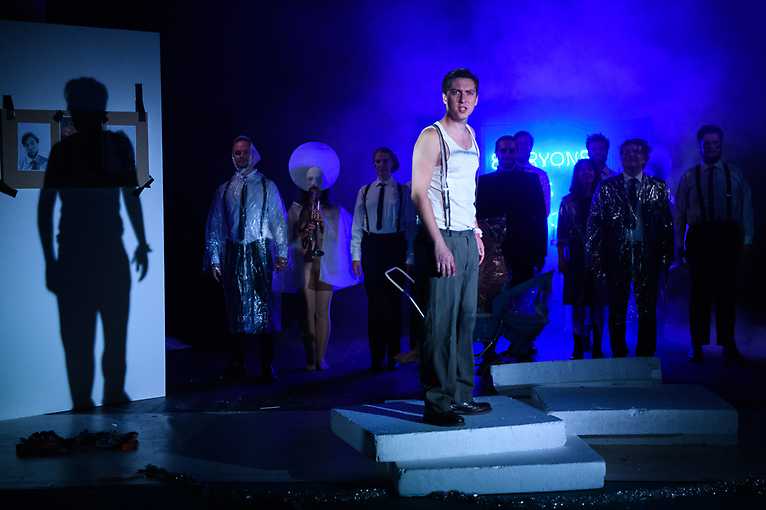 The last repeat of the dramatization of the novel of the same name by Franz Kafka, one of the most important prose writers in the 20th century world of literature.

Just like Proces or Zámek, this novel was preserved in the form of an unfinished manuscript, while Kafka himself named the novel Unclear. This name undoubtedly expresses the essential meaning of the work – the story of a man who has lost himself in the world. The thrilling work is an image of a modern world seen through the eyes of a sixteen-year-old boy. A boy who found himself as an immigrant behind the ocean. An immigrant who genuinely tries to behave correctly, but who, in this unknown and strange world, understands very little. The Wonderful Way of Karel Rossmann is an original story about being uprooted and the desire to understand other people and the surrounding world. Despite all the shamefulness of the struggles, humor shines throughout. The authors of the drama are Iva Klestilová and Michal Dočekal, who, after the successful production of Dynasty (Lehman Brothers), are preparing their second directorial opus at the Husa na stíně Theater. Dramatization premiered at the Hungarian Theater in Cluja. Czech premiere.