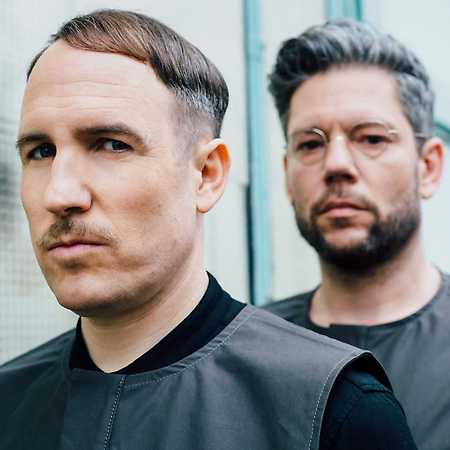 Âme (French for soul) is a German house/techno duo consisting of producers Kristian Beyer and Frank Wiedemann. Frank Wiedemann already gained some attention with his project Soul FC on the compilation Future Sound Of Jazz in 2001. In the same year the duo started making tracks together. Beyer takes charge of the DJ sets and Wiedemann steps up for the live shows, sometimes they also perform together.
At the beginning the two produced several tracks under the Jazznova label Sonar Kollektiv. In Spring 2003, they released their first maxi single Sarari . In 2004 they followed it up with their single compilation Âme. In 2005, Âme gained wider fame primarily through their track Rej. It reached number 2 on Groove Magazine’s charts and in the charts of several DJs. The track was re-released several times and remixed by Pastaboys, Wally Lopez and A Hundred Birds.
In 2005 they also founded their own label Innervisions.
The duo collaborated with the musicians Henrik Schwarz and Dixon for their 2009 mix album The Grandfather Paradox as well as on some singles. The four musicians also perform under the project names ‘Innervisions Orchestra and A Critical Mass’.