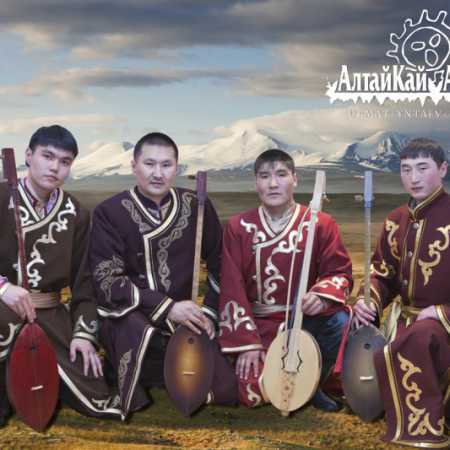 Music file Altai Kai Urmatem Yntaevem was founded in 1997 in Russia’s Altai Republic and focuses on the interpretation of a traditional Altai music with an emphasis on the techniques of overtone singing typical of inner Asia. The file presents four types of overtone singing – kargyra, Koomey, and sybysky sygyt – accompanied by a number of traditional and less traditional musical instruments (topšur, ikili, with whom hast thou, thrush, šagur, arba, tokpok, guitar, harmonica). An integral part of the repertoire is also the imitation of sounds taiga and mountains. During its existence, the file included the world leader in its genre, as evidenced by guest appearances in dozens of countries around the world and awards at prestigious festivals.