Aliaksandr Yasinski is an accordionist, composer and sound director. Born in Baranavichy in Belarus, he studied in Minsk, therefore at the Prague Conservatory and at the Prague Academy of Music. He collaborates with such figures of the Czech music scene as: Radek Fišarová, Iva Marešová. He also performed with Czech stars such as Radůza, Lucie Bílá and Karl Gott. Game in Shum Davar projects, Paul Novotny Trio, The Unlimited Trio. He works with Belarusian bands Vuraj, BosaeSonca. In 2014 Aliaksandr was the winner of the XXI Autumn Bard Festival in Bielsk Podlaski.

He writes music for films and theater projects. He wrote and recorded music for the animated film by Martin Smatana “The Kite” (Polish “Kite”), the premiere of which took place during Berlin in 2019. The film was also highly rated and awarded by the international jury of the Animarkt festival in Łódź, he received the highest award at the Stuttgart Festival of Animated Film. 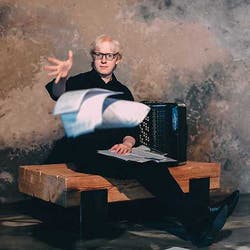 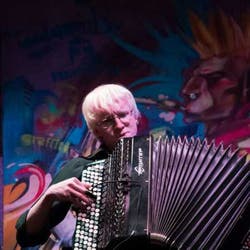 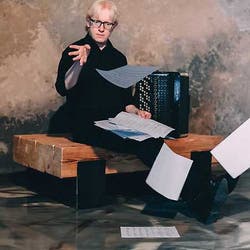 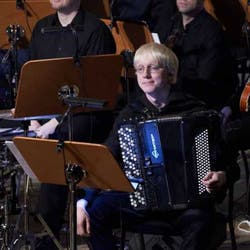