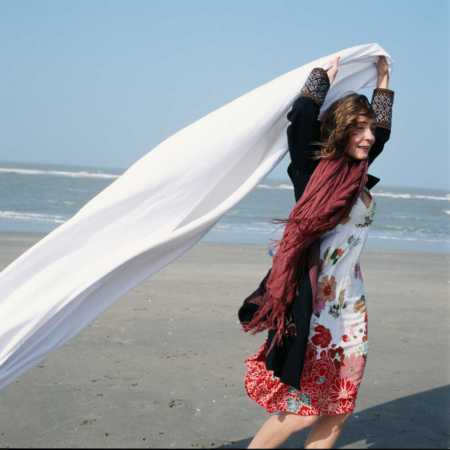 Aldona is a quartet led by singer and guitarist, who is also a frequent author of texts, Aldon Nowowiejska. Aldona is originally Polk, who lives in Paris. He sings in Polish and occasionally in French. Also Shakespeare’s sonnets set to music and lyrics Emily Dickinson. The result is a refined blend of Polish music, folk, Americana-inspired, but also full of creativity. Aldona playing with sounds, styles, has expressive voice that gives each song a distinctive atmosphere. Sometimes tremendously strong and vigorous, sometimes fragile and timid. – Translated by Automatic service