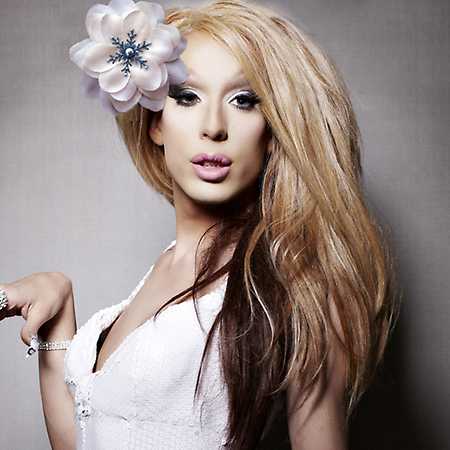 3:48 6 ×
Alaska Thunderfuck  Your Makeup Is Terrible

Alaska originally moved to Los Angeles to pursue acting. Dissatisfied with the auditioning process, she turned to drag and got a job at the West Hollywood club, Fubar. She frequently performed in the Trannyshack shows in Los Angeles.

Alaska met future boyfriend and eventually moved back to Pittsburgh, Pennsylvania. Along with Needles and Cherri Baum, she formed the band Haus of Haunt, which later evolved into a drag troupe based out of the bar the Blue Moon.

Alaska Thunderfuck competed on the fifth season of RuPaul’s Drag Race, 2013 under the mononym Alaska and made it until the final round. In October 2013, Alaska performed as Dr. Frank N. Furter in Woodlawn Theatre’s production of The Rocky Horror Show in San Antonio, Texas. Since appearing on RuPaul’s Drag Race, Alaska has toured and performed, appearing in RuPaul’s Drag Race Battle of the Seasons shows, the Drag Stars at Sea cruises, custom one-woman shows such as a Stevie Nicks tribute called Stevie Forever, a cabaret show called Red for Filth, and a holiday show called Blue Christmas.

Alaska has since released a string of singles, namely Ru Girl, Your Makeup Is Terrible, and Nails. In June 2015, Alaska’s debut album, Anus, was released to positive reviews. Singles from the album included Hieeee and This is My Hair. In 2016 Alaska released her second album, titled Poundcake.