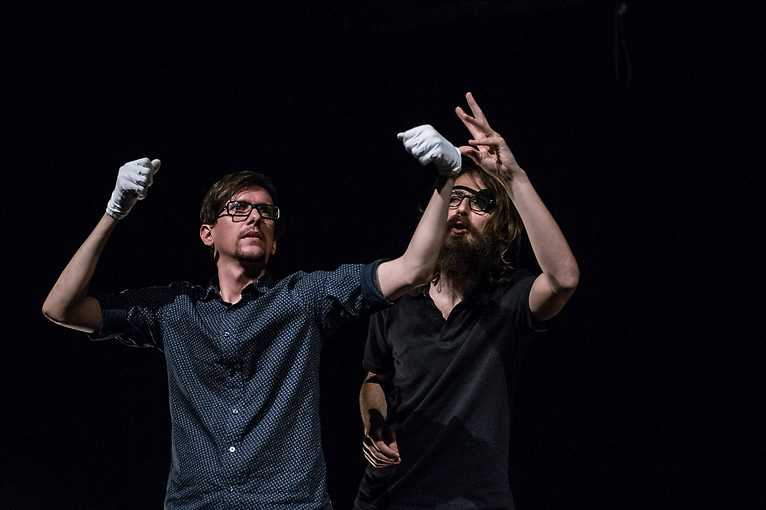 In this weekend workshop Aitor Basauri will invite you into “the place where you do not know”, because that’s where the clowns live. Clowns keep themselves there and try to be as happy and wonderful as they can feeling the trepidation, fear and excitement that the unknown brings.

As Aitor says: “The search of your clown is endless…”, so through a series of games and exercises we will explore that wonderful, terrible, scary, but exciting place of “I don’t know” and once we think we know, we will push it even forward so we can learn how to always be in that magical place. Once the clowns are happy “not knowing”, their ambition or personal dream is ready to appear, and that is the act they want to prepare for their loved ones in the audience.
The clowns, in couples, trios or solo will prepare an idea that will make the audience laugh. They will find others in the workshop to create a playful sketch together based on mutual interest. Then they will present their number to the group.

The clowns appear in the most unexpected places but they really belong to the world of the stage. They only exist when there is an audience so let’s explore the journey of the clown to be themselves there.

Aitor Basauri is joint artistic director and performer at Spymonkey – comedy and clown theatre group based in Brighton, England. Spymonkey was founded by Toby Park, Petra Massey and Aitor Basauri in 1997. With their dark, edgy physical comedy rooted “somewhere between Monty Python, the Marx Brothers and Samuel Beckett” (The Houston Chronicle), and a quartet of performers from Spain, Germany and England, Spymonkey have proved to be truly international phenomenon, enjoyed by and accessible to a wide range of international audiences. Aitor has participated as actor and co-creator in all its shows till now.

Aitor is one of the most sought after and leading teachers of clown and physical comedy in the world. He is regularly holding Spymonkey masterclasses in London, New York, Berlin, Los Angeles and around the world, and for the Clown Doctors organisation he is teaching in Germany, Austria and France.

He performed and appeared in numerous plays all around the world. In 2000 he formed his own company Punto Fijo, based in Bilbao, Spain. His credits also include quite a few titles that he directed (including ’Hondycops' for Squadra Sua (Czech Republic 2015)).