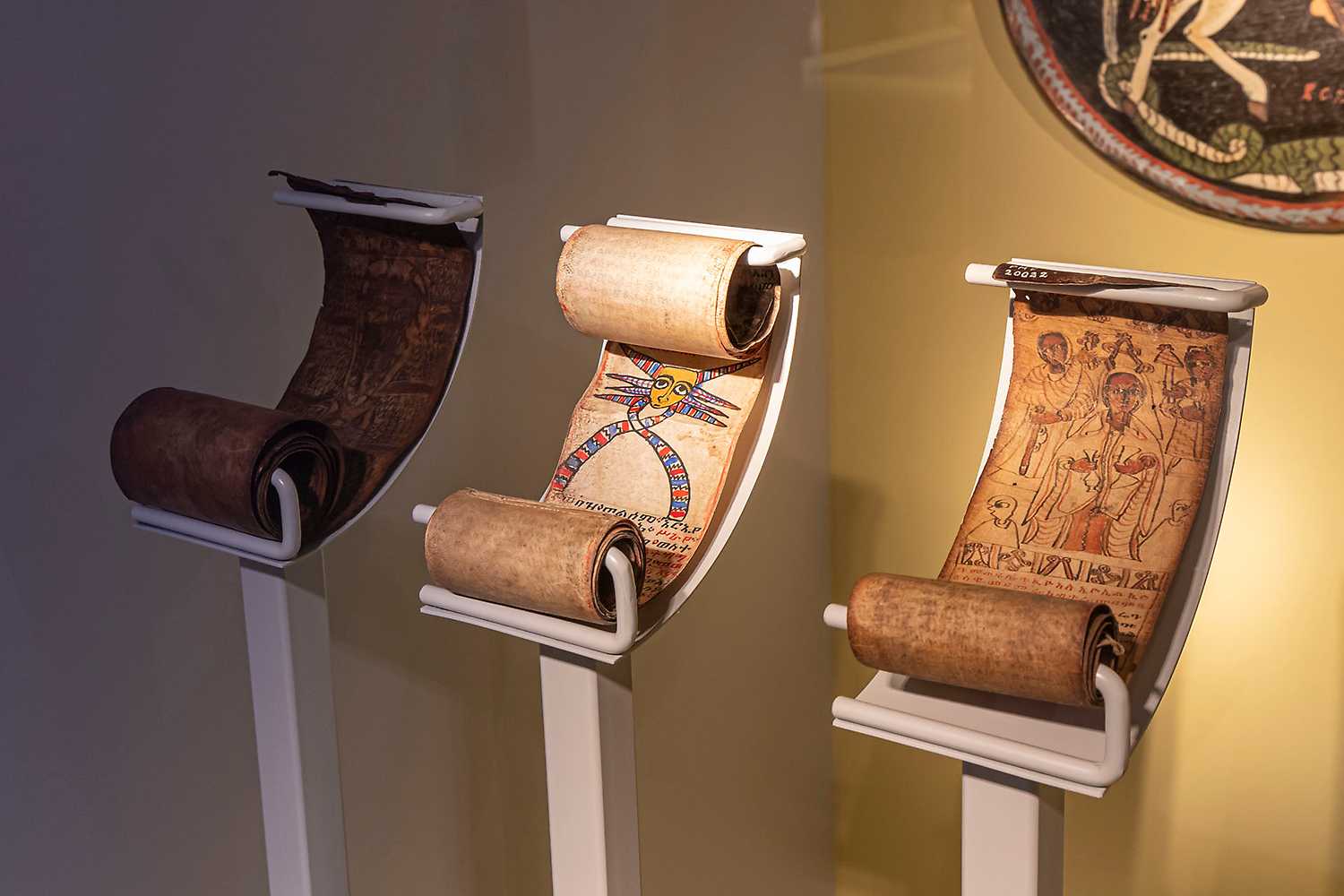 Two vast continents, a wealth of diverse traditions and material and spiritual culture. The newest permanent exhibition of the Ethnographic Museum is of historical nature and presents the cultural heritage of Africa and Asia gathered in the collections of PME in Warsaw. The stories tell about the past, about how these continents were seen through the prism of collections created in the 19th and 20th century. On the two floors of the museum’s galleries we show almost 1300 objects. One of the newly opened galleries is dedicated to Asia, the other, named after Leopold Janikowski, to Africa. In both of them you can find unique exhibits, but also learn about history through multimedia stations.

Leopold Janikowski, after whom the African gallery is named, was one of those Polish Africanists who wanted to get to know and understand the continent distant from Poland. This Polish traveller exploring Africa was connected with the State Ethnographic Museum in Warsaw. It was him who organized the first ethnographic exhibition devoted to Africa in Warsaw in the late 19th century. His and other Poles' presence on the continent was different from that of their European contemporaries. In this part we can look at objects connected with power and magic, kings and sorcerers are important figures of the gallery.

Asian routes have been traversed by wanderers for centuries. It is the ambition of the Asian Gallery to show not only their geographical but sometimes mystical journeys. The Buddhism of the Small, Great and Diamond Way, the path of the center, the way of knowledge, the way of battle, the way of the sword and bow, the way of tea, the way of flowers – they can be found in our exhibition. Among the unique objects there are e.g. Japanese dolls presenting an emperor couple, or a Korean bowl made of celadon, from which the color celadon probably comes.

Tickets Save Saved Loading
Biblia Pauperum: The Art of the Poor and Excluded Warszawa, National Ethnographic Museum in Warsaw Permanent