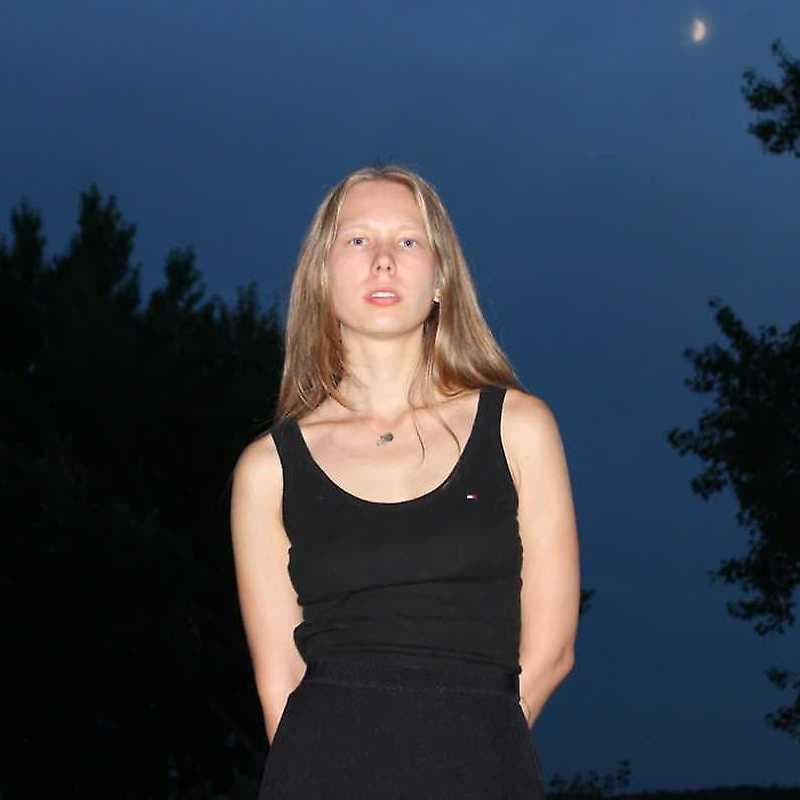 Adela Mede is an established sound artist in Bratislava. In February 2022 she released her debut album Szabadság. The album was created on the Slovak-Hungarian border and it let the sound prints of the surrounding country be heard together with folklore earthliness, digital experiments, stories from family history, surreal fragments and repetitive descriptions of natural cycles. She sings on the recording in three different languages (Slovak, Hungarian, English), each of which is characterized by a different intonation and harmony. The voice is an equal musical instrument for Adela Mede, but what cannot be forgot about is the poetic content and emotional depth that the Czech music critic Miloš Hroch writes about for The Quietus.