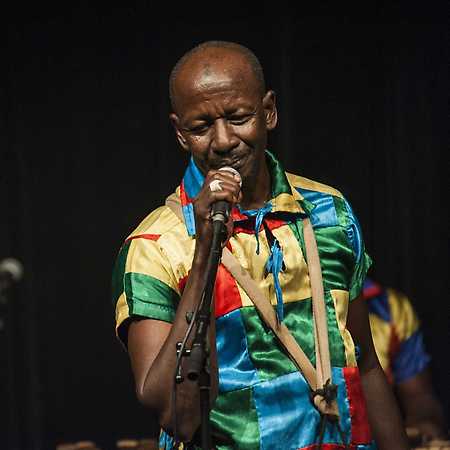 Adam Dramé has been performing on stage for over 50 years. He is considered one of the best African drummers in the history of the Black Continent. He was born in the village of Nouna, in Burkina Faso in 1954, in a family of griots – musicians, storytellers – where tradition has been passed down from generations from father to son. He grew up in Malinke culture. Thanks to working with his father, a valued griot, he became a professional musician at the age of twelve. He owes his passion and commitment to the fact that he quickly became an outstanding djembe virtuoso, first recognized in Burkina Faso, then in all of West Africa and in the world.