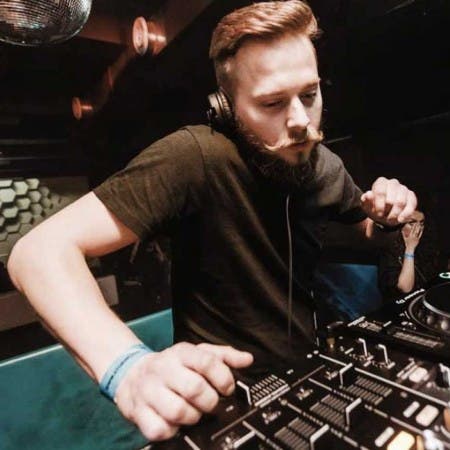 Inspired by electronic music, Brno’s DJ and producer Acustic Terrorist has begun to experiment with mixing and production of electronic music started his career in 1998. Afterwards he has started to appear on line-ups of Brno’s clubs as young and up-coming DJ. Since 2000 he has focused on electronic music (Electro, Disco Punk, New Wave) and he has regularly participated on fruitful electronic parties in company with names like Dan Deacon, Noisy Pig, Eric Besier, Dave Navaro, Monosurround, Orbith and many more. Since 2002 till now he is guesting as DJ in all known Brno’s clubs (Fleda, Perpetuum, Boro, Faval, Mersey, Rock Hell, Edison…s Garden, Coffee house, Babylon etc.) and Prague…s clubs (Bordo, Abaton, Harfa, Pekelnej bar, Friends, Cross club, Zero, Vertigo, Palac Akropolis) and of course clubs in the rest of Czech republic.Influenced by Ural 13 Diktators, Anthony Rother, Digitalism, Zambie Nation, Fischerspooner and Justice he has concentrated all his energy into production of his own electronic music.Since 2003 he has performed live act on parties, for example he was a live act resident in Boro, he participated on open-air festivals (Boskovice, Letovice, Pisecky Majales, Sazavafest) and so on. Last year he has presented his live act in clubs Perpetuum Fleda and Faval.Beside the czech clubbing scene, he did take a part on parties and festivals abroad for example in Hungary, Austria, France, Holland, Poland, Italy and Slovakia.Since 2008 he is a resident of fresh&fashion nurave-electro party in Prague called Latex.