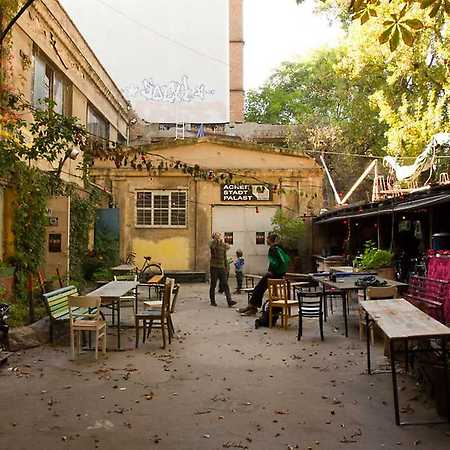 The Acker Stadt Palast in Berlin’s Mitte district is a place where established artists and newcomers meet to experiment and reflect upon contemporary discourses. The focus of the venue, established in 2012, is on the connection between contemporary dance and new music. The Acker Stadt Palast offers the independent sector a novel interface between these art forms while also being interested in diverse aesthetic forms of dance and theatre.

In 1990, artists squatted the former chocolate factory on Ackerstraße, where they opened a bar and theatre. They organised concerts and readings and quickly gained a large, loyal audience. Between 1993 and 2012 there was a bitter fight with the building’s new owner which finally resolved in 2012 with the continuation of the project thanks to the support of the Berlin Senate and an exchange of property.