In popular German group consists of four in the classics educated young boys – Filou singer, guitarist and cellist Philipp, synthesizers and drummer Lorenzo Henne – with a penchant for dance and electronic artrock 70 years.

“Pour out of his sleeve catchy hits and their concept resembles a musical version of the series How I Met Your Mother, a far sadder,” wrote the group. The thing is in fact so that the debut album Friends & Enemies catching up to the end of the musical setting of the idea of ​​“the truth of the founding of fiction.”

Abby is a mutual friend of the band members. Although no one outside ever seen, but they say there is nothing to worry about – do not fly, has super strength or eleven fingers. Each track captures the event in the life of Abby, narrated by itself, but the voice Filoua. Together, forming a great story about growing up, parties, love in the time of drugs, sorrow, desires, parents and humor on the edge.

Abby album filmed at London’s Abbey Road studio and immediately went on to tour Europe and the United States, where she also appeared at the festival SXSW. 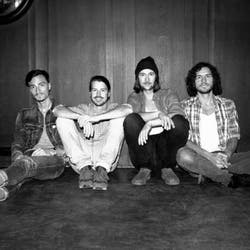 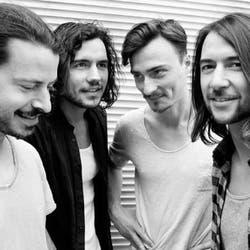 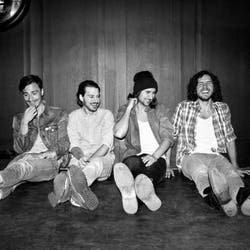