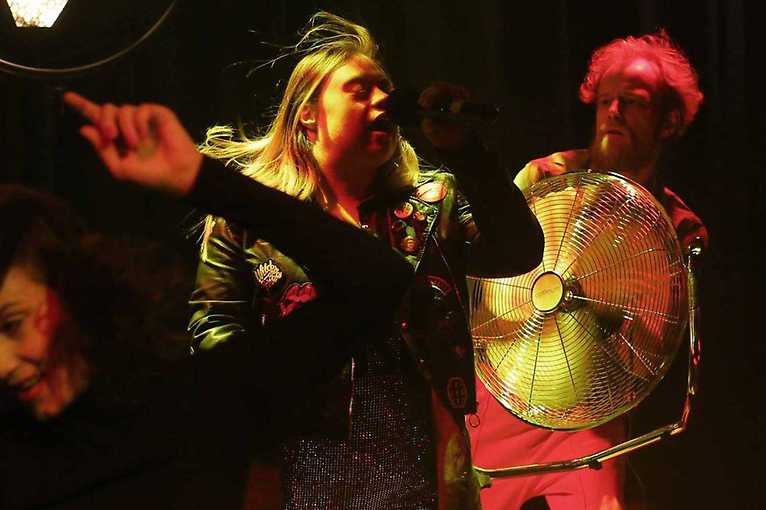 A Revolution That Was Not There

The actors ask questions about the boundaries of freedom, social conventions and canons that make people with disabilities obscured by the curtain, thus removing them from the field of visibility. The performance is a place of tensions between open and hidden, the norm and deviation from it, unspeakable moral criteria and the actors' personal needs and opinions shouted out of the stage.

The performance was produced as part of the Downtown Inclusive Art Center program, carried out by Teatr 21 and the Warsaw Biennale.