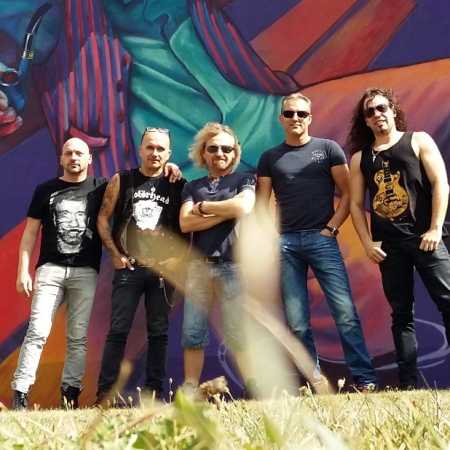 4 szmery  Hell ain't a bad Place to be

The musicians from Bochnia were united by their fascination with one of the world’s greatest rock bands – AC/DC. They are widely recognized as one of its best cover bands in Europe. During 20 years of activity, the band has played over 800 concerts in Poland and abroad. It has been a guest of many festivals (Rocko Naktys, Ku przestrodze, Solo życia, 50 lat polskiego Big-beatu, Zew się budzi, Rockowe Igrzyska). 4szmery recorded two concert albums with AC/DC compositions – No sleep till Muzyczna Owczarnia 2007 and Live after death – a recording of an acoustic concert in A. Osiecka Musical Studio of Polish Radio.

Those Who Dream By Day