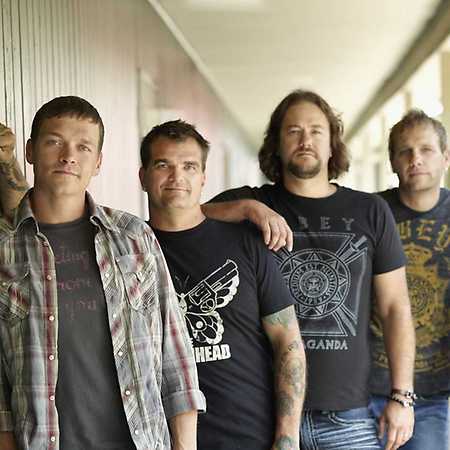 3 Doors Down  Here Without You

3 Doors Down is an American music band playing alternative rock. In 2000, the group signed a contract with Universal Records to release their first album – The Better Life. The album has sold over 6 million copies. The next album, Away from the Sun, was released in 2002. In 2005, 3 Doors Down released their third studio album - Seventeen Days. He made his debut at the top of the Billboard list. May 20, 2008 they released their fourth studio album titled 3 Doors Down. On July 19, 2011, the fifth album Time of My Life premiered. The song announcing the album was When You’re Young. 2012 was a difficult year for the band whose guitarist Matt Roberts left the band. The circulatory problems and other ailments that the musician struggled with forced him to make such a decision. On November 19, 2012, Republic Records released the album The Greatest Hits with the band’s greatest hits, which is a summary of their work so far.

GoOut.net > Artists > 3 Doors Down
à
I want a voucher