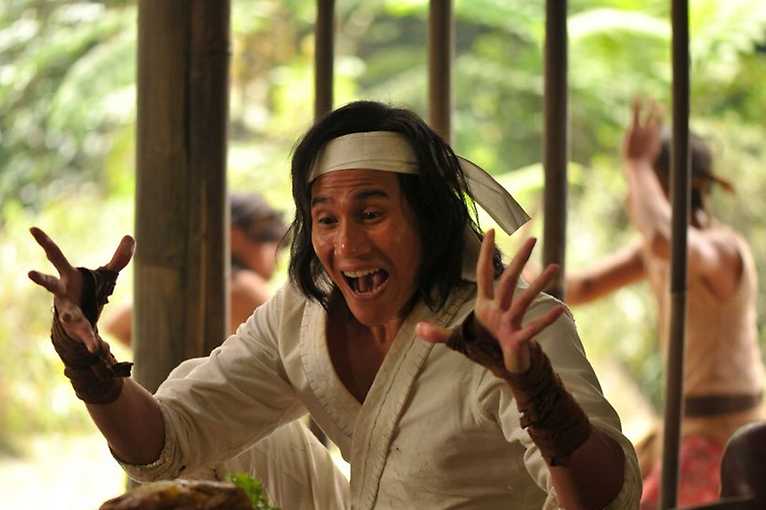 Indonesia has enjoyed the attention of fans of martial arts movies ever since the release of the first part of The Raid (2011) and the success continued with the sequel. But the choreographer and actor Iko Uwais is certainly not the only noteworthy figure when speaking about this genre in Indonesia.
For example, this country recently produced an adaptation of Bastian Tito’s books about a warrior of the name Wiro Sableng. 212 Warrior – which comes from easily recognizable “212” tattoo on his chest and the equally famous one-handed axe – is one of the most expensive domestic productions and combines local martial arts with historical spectacle and absurd humour. This crazy trip to the sixteenth century does not hesitate to mingle perspectives so different that even comedian Stephen Chow would be shocked. And in some ways 212 Warrior reminds of Chow’ s films, except this one is spiced up with exceptionally brutal choreography and inspired by Chinese wuxia stories.