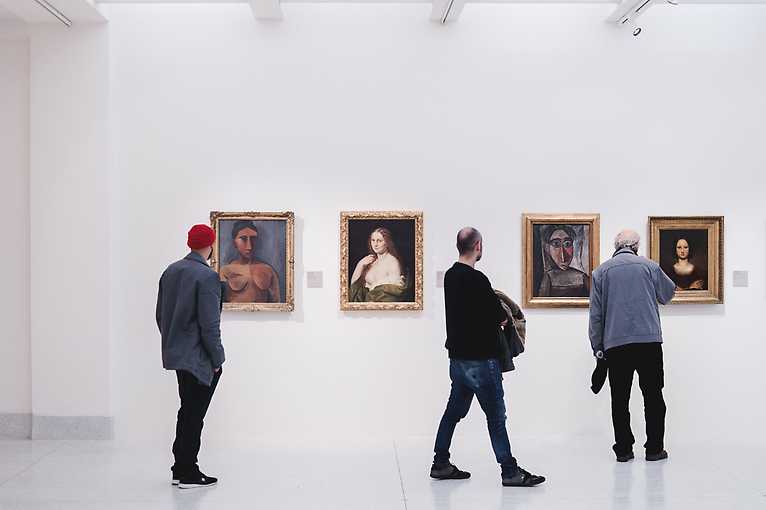 The exhibition purposefully and naturally connects Czech and international art. The resulting selection shows more than 450 artworks by 150 artists in three major chapters. Josef Mánes next to Pablo Picasso, Josef Navrátil next to Bohumil Kubišta or Antonio Canova next to Franz von Stuck.

The exhibition 1796–1918: Art of the Long Century purposefully and naturally connects Czech and international art. Unlike the preceding permanent exhibitions at the National Gallery Prague, the artworks on display do not include any loans from other museums and galleries filling the gaps in the collections. The project does not seek to present another art historical review and re-codify key artworks produced in the Czech Lands in the 19th century. Such approach necessarily neglects the works, which were purchased for or donated to the National Gallery Prague from other European regions and also had a major influence on the local situation and development on the art scene. Instead, the exhibition shows what the National Gallery Prague has amassed in the course of its more than 220-year-long history in the broad context. Therefore, the artists are naturally represented in an uneven manner – with compact and representative sets on one hand, and more or less haphazardly acquired or occasional acquisitions on the other.

The resulting selection shows more than 450 artworks by 150 artists in three major chapters: Man, The World and Ideas. The exhibition presents painting as well as sculpture. Free sculpture is accompanied by paintings. Public sculpture forms a separate section paraphrasing three basic themes in the sections of Architecture, Monument and Tombstone with respect to a selected approach and availability of the exhibits.

Therefore, the artists of different art opinions and very different generations can be seen at the exhibition side by side, such as Josef Mánes next to Pablo Picasso, Josef Navrátil next to Bohumil Kubišta or Antonio Canova next to Franz von Stuck. The exhibition’s thematic division made it possible to subdivide it into many small subgroups of artworks representing independent sections ranging from self-portraits, family and official portraits to paintings of cafés, lively city boulevards, spring landscapes, mountain lakes or artworks with religious or mythological themes.

There are two exhibitions creatively working with the 19th-century visual media, which depart from the plan to present only the artworks from the NGP collections. While the exhibition architect Jiří Příhoda used the film material supplied by the National Gallery Prague in his three-channel projection, the designers’ team of the graphic Studio Najbrt created an impressive collage of posters loaned by the Museum of Decorative Arts in Prague, the National Theatre Archives and the Military History Institute Prague. The two genuinely contemporary interventions are based on the exhibition’s fundamental idea – to outline the world of 19th-century man. They became the project’s integral part and evidence of the inspirational character of the artistic legacy of the long century for the 21st-century society.

The exhibition 1796–1918: Art of the Long Century from the NGP collections understands the so-called “long century” in a different way than usual. The difference lies in the dates – its beginning is not linked with the events of the French Revolution, but with the birth of the Society of the Patriotic Friends of the Arts on February 5, 1796 in Prague, whose activities were of major importance for the development of fine arts in the Czech Lands. It was the year when the first public premises acquainting the visitors with major artworks of local and European art were opened. The Society of the Patriotic Friends of the Arts’ another significant undertaking was the establishment of the Academy of Fine Arts three years later. Prague thus became a place, which could appear on the art map more often in the following decades as a city that responded in an increasingly dynamic way to new stimuli from abroad. The central European region acquired another major cultural centre. It was the collection of the Picture Gallery of the Society of the Patriotic Friends of the Arts that became a core of the collections of today’s National Gallery Prague. In 1902, Emperor Franz Joseph I of Austria founded the Modern Gallery, whose acquisitions were of key importance for the rich and variegated character of the art collection in the first half of the 20th century. The purchase of the French art collection by the Czechoslovak state in 1923 was also a major undertaking.

The period under examination actually covers three centuries, including the last one. The contemporary relationship to the 19th-century history, however, is often ambivalent – close as well as detached. The society and culture, including art, of that time went through significant changes, which often have a major impact on the present, too. On the other hand, 19th-century man would not understand today’s compelling and pointed debates on gender or environmental problems. Yet, there are questions that the long century society has come up with. That is why there are attempts today to see art history or “read” the art of the past in a different way. All of this is characterized by a certain departure from the traditional national artistic and art historical schools. In this respect, it is possible to find the society in the midst of an unusually fruitful and inspirational debate facilitating a radical change in the telling of the “story of arts”.

The exhibition includes two small graphic cabinets presenting the rich exhibits of the Collection of Prints and Drawings from the period under examination.