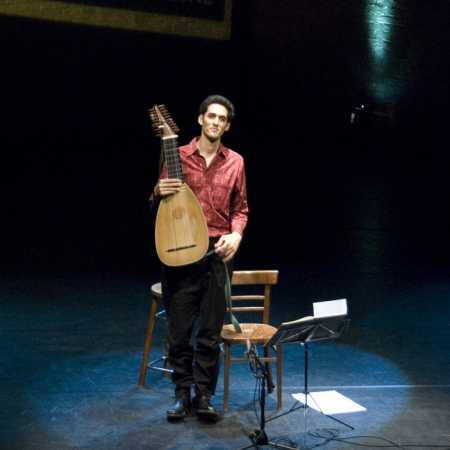 Ziv Braha is classical theorbo & lute player. In Israel Ziv was very active as a continuo player, working with young ensembles, baroque orchestras, accompanying a course on baroque singing, singer’s recitals, and teaching chamber music in a private art school. In addition he was working with two fixed ensembles, with one of which he played at the Brezice Early Music Festival and had a live radio broadcast on the Israeli classical music radio station Kol Hamusica. He played under the direction of René Jacobs and with the Luzern Sinfonieorchester under Howard Arman; he performs regularly with the Basler Madrigalisten and La Sestina at different festivals in Europe. In Belgium he recorded a CD with the Vlaamse Opera Orchestra of “The Liturgy of Orpheus” by Yannis Markopoulos, performed with the Capella Vocale directed by Mark Goossens, and was engaged for solo recitals at the Dag Oude Muziek in Alden-Biesen , the Klara Festival in Brussels and the fringe program of the festival Oude Muziek Utrecht. Since his return to Basel from a one year stay in Brussels in 2008, Ziv started being interested in directing choirs. He is now the director of the Diessbach bei Büren man-choir. Since 2010 Ziv is teaching the lute at the music school of the Schola Cantorum in Basel, Switzerland.