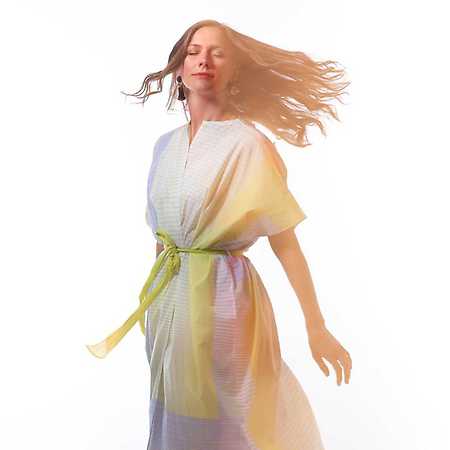 Distinctive female singers with a clear view of the music is a little in the world of jazz and even less for us. I therefore pleased when someone with skin on the market and offers a preview to their heart as one of the most immediately, as it makes the Vae Šmoldasová, alias Zeurítia.

Vendula studied singing at the Conservatory of Jaroslav Ježek, and then jazz singing at the higher technical school in Prague. In 2005 he started to specialize in Brazilian bossa nova and touring in a duo with her current husband, Libor Šmoldasem. In 2007 she founded the band Beloff Zeurítia and first album with the same name. The Board has been received with great success and is one of the best selling plates of jazz music with us.

In New York she has worked on the Board by LIBOR Šmoldase In New York on George Time Mráz, Sam Yahelem, and Jeff Ballard. In the Mecca of Jazz also took singing lessons with Peter Eldridge (Manhattan School of Music, the bands New York Voices, Moss). At the Prague Jazz Workshop in turn from the evil and the jazzfest Brno fans well known Polka AGA Zaryan. Education has expanded in London and in Germany, where she graduated from jazz workshops under the leadership of Pete Churchill, Tina May and Guillermo Rozenthulera.

Currently working. Jakub Holovským (Kubatko) on projects Vzduchoplavec (he was awarded the Angel in the category of electronic music), and sings on the album Krasohled, which is also involved in the work, this time on the song Krátká báseň. – Translated by Automatic service