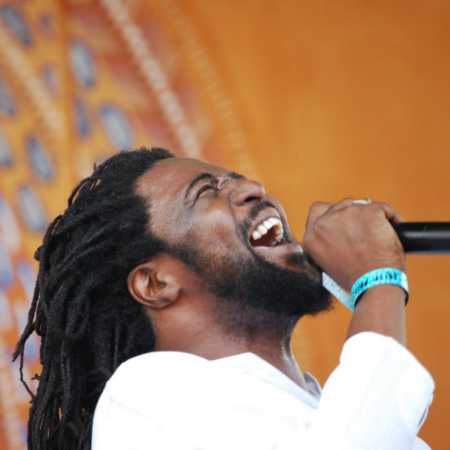 Yami Bolo  Jah Made Them All

Yami Bolo grew up in Kingston 13. His first professional job and exposure was with Sugar Minott’s Youth Promotion Crew. His first singles were released in 1986, and he had his greatest success working with Augustus Pablo in the late 1980s and early 1990s, on singles such as “Struggle in Babylon”. He has worked as an Ambassador for reggae around the world. He contributed to Damian Marley’s 2001 Grammy Award winning album Halfway Tree (2002 Best Reggae Album).

Bolo has collaborated with some of reggae’s greatest artists and producers; including Damian Marley, Tenor Saw, Sugar Minott, Capleton, Tapper Zukie, Sly and Robbie, and King Jammys Studios. His success as a reggae artist has allowed him to record many songs professing the Rastafarian faith as taught by the Ethiopian Orthodox Church throughout his three decades in the reggae industry. Yami Bolo has been performing Rastafarian works since the mid-1980s touring with many different reggae groups including Augustus Pablo’s Rockers crew.

His Rastafarian inspired music is listened to around the world, particularly in reggae niche markets like Japan, Australia, Britain, France, USA and Germany. As an ambassador for reggae, Yami Bolo conducted Rastafari cultural studies at world renowned universities, like SUNY in New York State and MIT in Cambridge, Massachusetts. In addition, Yami Bolo has supported the city of New Orleans and its surrounding areas by volunteering his musical talent at live performances in Louisiana in the Summer of 2009.