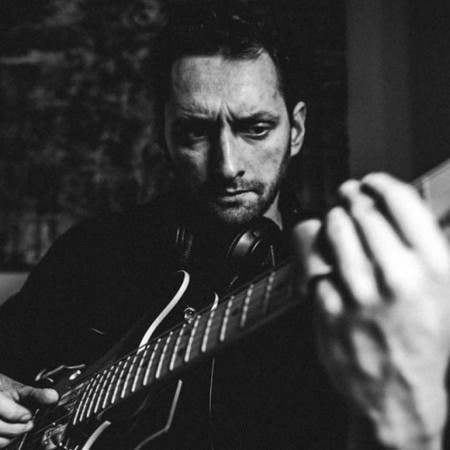 Wojtek Więckowski is a painter, musician and multimedia artist. He combines playing music with exhibiting his visual works. In formal experiments he searches for relation between forms of expression used in creating music as well as in working on paintings. His solo concerts are accompanied by a projection based on his painted works.

Apart from performing solo, he also plays with Warsaw Improvisers Orchestra, in duos with Jeff Gburek or Ray Dickaty and in a trio with Piotr Mełech and Filip Ramberg. He made his debut on the phonographic market with an album entitled “Slyde Guitar” released by MyMusic/Universal. In his music he combines a fascination with widely understood American folk music and avant-garde of 20th century, as well as ambient and improvised music.