Wojciech Pyrć is a Polish pianist. He started to play piano when he was only 6 years old. He was awarded many imporntant awards, including Frederic Chopin contest award in 2011 in Warsaw. During his carreer he has travelled a lot giving many concerts in Poland and abroad. He has been practicing his skills under the eyes of such renowed artist such as Joaquin Achucarro, Dmitrij Alexeev, Edward Auer, Andrzej Jasiński or Choong-Mo Kang. 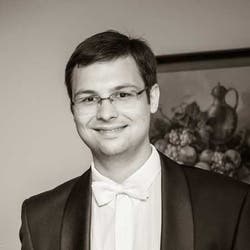 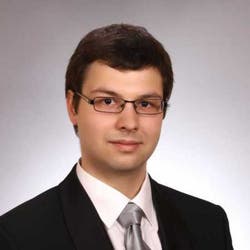