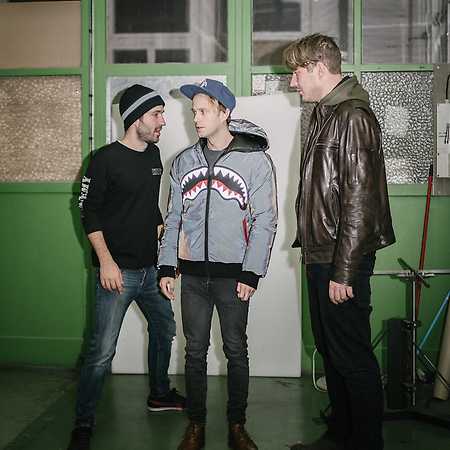 Vložte kočku is a four-piece Prague based formation from Landmine Alert label mixing a variety of genres in its production. The closest musical genre is an alternative rock, but their music is based on a mix of electronics and rock, math-rock rhythms, but also folk and distinct rapped lyrics and word play. In March 2012 they released a positively received album TáTa, which earned them the nomination for Andel in the electronic music category. An integral part of their performance is also the emphasis on atypical stage design as well as impressive projections.