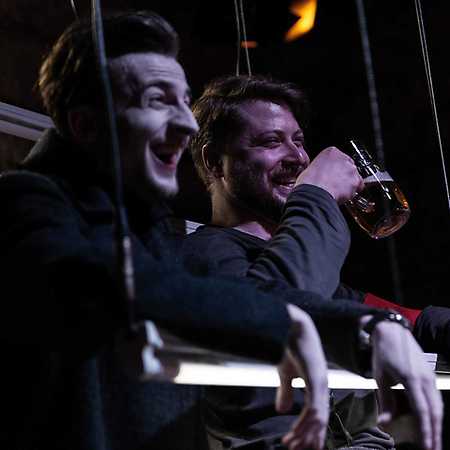 File Tiger in distress is mainly composed of students of acting, directing and dramaturgy at the Academy of Performing Arts in collaboration with their friends from the ranks of teachers, artists, musicians and amateur actors. Exists since 2009 and has had various cabaret performances, smaller experimental productions and successful production of the play crabs, which featured in the mill at the Golden Crown 8 to 15 August 2010, and that on his account also scored victories on the race fairytale mini-festival held during the annual festival VyšeHrátky. – Translated by Automatic service