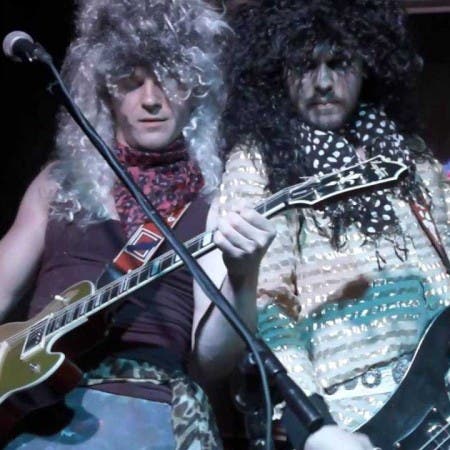 Jon Bon Jovi, Eddie Van Halen, Nikki Sixx, Slash, Joey Tempest, Dee Snider… Everyone’s heard about them. But does anyone know the people standing behind their success? Do you think they wrote all these major hits by themselves? The answer is: no! One of the most hidden and protected secrets in the history of showbusiness has leaked. There’s a group of genius songwriters/musicians standing behind each and every big hit of the 80’s hard rock and glam metal era. There would be no “Eye of the tiger” or “Rock you like a hurricane”. There would be no hair spray and spandex. No make up and no Girls, Girls, Girls. Not then and not now. Those people were there before anyone else, and now they’re back!

They’re back to remind you of what real rock is all about. To show all these bands once again how to rock. And you can’t stop it. So join the mighty TOXXXIK FLASH on their journey back from hell with the original lineup back together after 25 years of hiatus, introducing a new member, band’s very own Mick Hummer’s nephew Lee Brent on rhythm guitar.