For Touch And Go is a significant personality in British popular music television jingles composer-David Lowe, the famous radio DJ and journalist Charlie Gillett and the co-founder of the publishing company Oval Music Gordon Nelki. Songs and jingles from the pen of David Lowe are an integral part of the history of the British BBC. At the time, Would You? settled on the number three in the British rankings, it was possible to hear his compositions in the thirteen shows British State TV. Charlie Gillett is a veteran British music journalism, the author of several books and also one of the first radio DJs, who in the 1970s began to play in their programmes of world music. When he saw how the interest of the British people are devouring exotic music, along with the third member of the author team of Touch And Go – Gordon Nelkim – publishing Oval Records, which, in addition to exploring the ethnic music has taken, inter alia, also the later stars Ian Duryho, Elvis Costello or Paul Hardcastla.

Would You? It is inspired by the classics Latin American jazz, from which it borrows a carefree, idyllic atmosphere. A distinctive melody played on the trumpet, James Lynch, the great talent of the British jazz scene, who has worked with such names as Robbie Williams, Missy Elliot, the Matthew Herbert Big Band or Dizzie Rascal. And who is the owner of the sweet voice, which seductively lures the listener into a bed? Vanessa Lancaster, model, actress, and voice, and also former vocalist Urban Species, which the famous text the attacked in an attempt to "figure out what maybe the craziest sentence." What first looked like a short epizodka in the career after the success of the single, Would You? become an integral part of her life. Vanessa and David took the project under his Touch And Go wings, wrote most of the material on the album, and under his banner, together with two other musicians also perform. 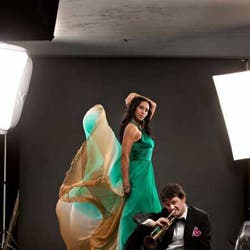 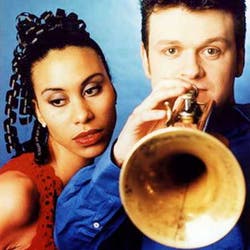 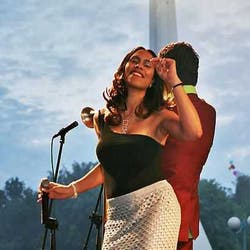 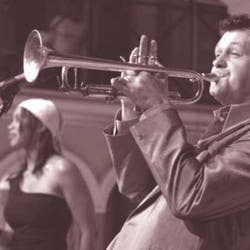