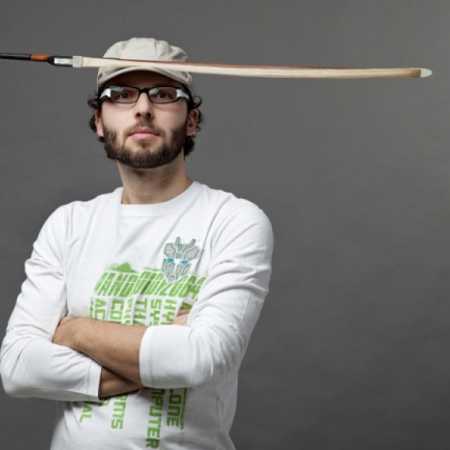 Tomas Liska studied double bass at the Conservatory of Jaroslav Jezek in Prague and at the prestigious Berlin Jazz Institute Berlin with renowned American players and educators Greg Cohen and John Hollenbeck. Tomas performs at noted jazz festivals and concert halls throughout Europe, the United States, Latin America and Africa. He has received several awards from major jazz festivals in Poland, Belgium and Spain. His closest collaborators are Dorůžka David, Steve Walsh, Druhá tráva, Beata Hlavenková, Cyrille Oswald, Marta Töpferová, Lenka Dusilová, Eternal Seekers, Dan Tepfer, Mark Aanderud, and many others. Tomáš's musical taste is simply exquisite and therefore he is often offered great engagements by enlightened bandleaders. It is not surprising that he currently ranks among the most popular bassists in our country.

Tomáš recorded his first solo album Invisible World in 2009 and it was released by The Animal Music publishing house, which nowadays serves as the contemporary jazz elite’s publisher in the Czech Republic. He secured world class players to accompany him on this album and later on tour: Italian bandoneon player Daniele DiBonaventra and guitar player David Dorůžka. With this album Tomáš finally allowed us to see a little bit more of his true inner world through his original work with a chamber trio. We had a delicate opportunity to experience what we could just sample during his tenure with singer Marta Töpferová.