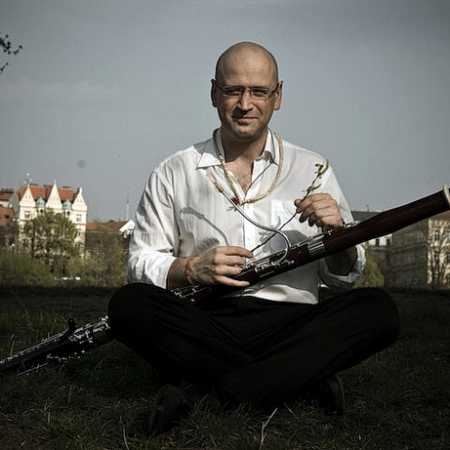 Tomáš Františ is a Czech fagotist. In 1993 he became a bassoonist of the Brno Philharmonic Orchestra and in 1994 of the newly established Prague Philharmonia. He has won several competitions (Kroměříž, 1994; Chomutov, 1995; Olomouc, 2000) and is a laureate of the 2002 Prague Spring International Competition. As a member of the bassoon quartet Fagotti Brunenses he won second prize at the International Bassoon Ensemble Competition in Potsdam in 1995. He has given Czech premieres of bassoon concertos by the French composers André Jolivet (1999) and Jean Françaix (2000) and the Czech creators Zdeněk Lukáš (2000) and Martin Hybler (2008). As a soloist he has performed with renowned Czech orchestras.