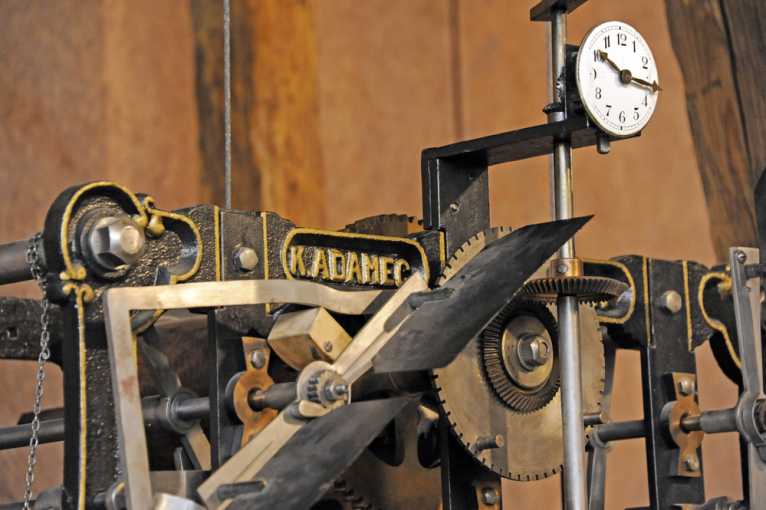 Time Above and Around

Tower clockworks used to be significant optical and audible news media for everyone. This technical device has always been an inevitable component of urban architecture and old castles, despite the fact that the embracement of time changed over the centuries. It is possible to observe the increasing popularity and intensive development of clocks and scientific time measurement in connection with efflorescence of towns, crafts and trade in 13th century Europe. At first the clockworks were imperfect but contained large development potential. The invention of mechanical clockworks and perfection of its construction are connected with the development of natural science and precision mechanics brought acquaintance and several discoveries that influenced science and technology. The exhibition is installed into separate solitaires located in several places in the exposition field. It enables the visitors to unveil the secret of appearance and operation of the mechanism which is usually hidden from the eye of the public in high towers and behind the walls of castles.