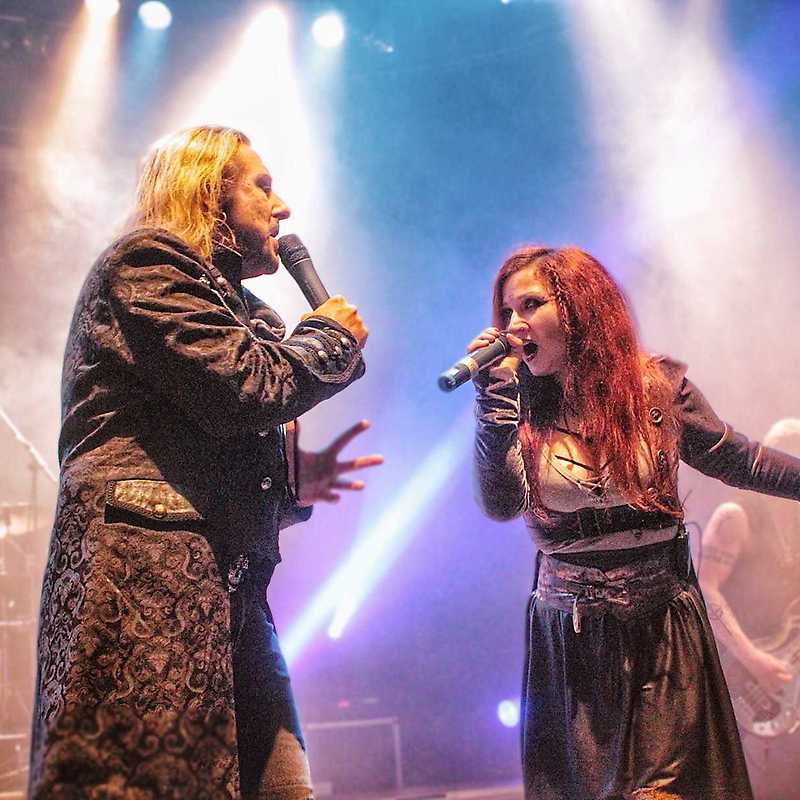 Therion is a Swedish metal band formed in 1987 Christofer Johnsson. Its name derives from the Greek therion, which means beast in terms of Biblical Apocalypse. Originally, the band played death metal, but later began to blend their music and orchestral elements in the form of choirs and classical music, which in turn led to a change in the band and symphonic metal. Therion music is inspired by mythology, occultism, magic and traditions; texts written mostly by Thomas Karlsson, founder and leader of the magical order Dragon Rouge, of which Johnsson is a member.