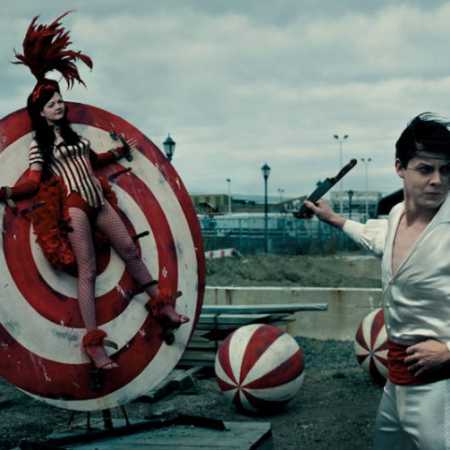 The White Stripes were a rock duo from Detroit formed in 1997 featuring Jack and Meg White. After releasing several singles and three albums within the local music scene, The White Stripes rose to prominence in 2002, as part of the garage rock revival scene. Their albums White Blood Cells and Elephant were very successful and critically acclaimed, with the single Seven Nation Army becoming their signature song. The band recorded two more albums, Get Behind Me Satan in 2005 and Icky Thump in 2007, before a lengthy hiatus from performing and recording, and eventually broke up in 2011.