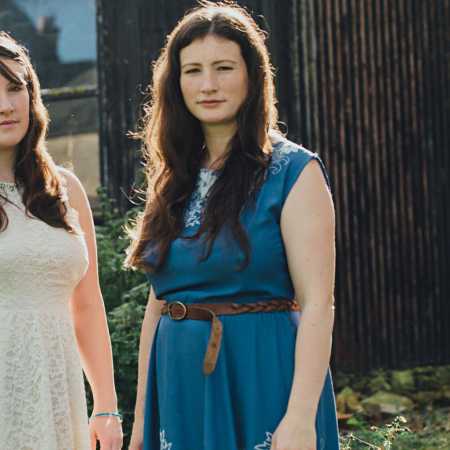 The Unthanks  Because He Was A Bonny Lad

7:37 2 ×
The Unthanks  The Testimony Of Patience Kershaw

The majestic sound of the group is based on two emotional votes nurses Becky and Rachel Unthank and ambitious compositional rozevlátosti composer and multi-instrumentalist Adrian McNallyho. A lifelong obsession with Miles Davis, minimalism, King Crimson, gradual interest in trip hop and contemporary classics, McNally in the opulent songs meandrovat way leading to the fact that The Unthanks today on the stage of the English folk are literally revelation. Musically, as if it had arrived in all innocence from another planet: a probable source of unique style and free inspection of the tradition of the feathered author creation. “We listen absolutely dazzling music, until he wants to jump on a Chair and yell to the whole bike: fearless, with an incomparable and honest with all my heart,” written about The Unthanks.

Than McNally on were the wives of Rachel to her and sister Becky in 2008 and joined Rachel Unthank The & Winerset became The Unthanks, not about the recognition of the need: for the album, The Bairns with nominations for the Mercury Prize and other major awards. The following excellent album–fully directed by McNallyho–but boldly away normal folk. Therefore, it is difficult to you to the English folk scene search group ocitající is in the crosshairs of the media focusing on avant-garde rock music and gear shift between his colleagues and fans of Adriana Utleyho (Portishead), Damon Albarna, Orbital, Brighouse and Rastrick brass band Brass Band or Nick Hornbyho.

Horrors manifold as Russian novels to them in the form of songs texts submitted by native severoanglický Northumberland; region of the famous dark social baladami. With eccentrically bouřícím, to the awesomely abstract piano, String Quartet, a jazz trumpet, violin Niophan Keegan and unusual contemporary vocal harmonies ballads The Unthanks into chillingly beautiful secret, which according to British music and doctrines of Robert Wyatt is “bridging the misery and playfulness, innocence and cheeky sensuality”.

And when next to those of his started The Unthanks at concerts also tracks from beloved Antony Hegartyho, blown away by the Wyatt said: “Antony and i were blessed with angels.” We will hear from The Unthanks on Colours, plus songs from the new album, Mount the Air. – Translated by Automatic service