The Men formed in 2008 in Brooklyn, New York. The first members were Chiericozzi Nick and Mark Perry, who came from broken Fucking Hell. They rented a basement and tried endlessly. The result was five demo songs that Mark recorded on a Tascam čtyřstopový. They made 30 cartridges, which handed out. In early 2009, they were joined by Chris Hansell and began performing live. After čtyřpísničkovém EP We Are The Men, recorded in one afternoon, went to the first summer tour. In autumn they returned to Will Killingsworth, who recorded the EP with them, and she made the first album of the Immaculate LP - was completed in May of the following year. In 2010 the band recorded their second album Leave Home studio Python Patrol Studios. Shortly after recording the Rich Samis officially became the drummer The Men and represents their friend Kevin Faulkner, who is photographed on the cover artwork. The album was released by Sacred Bones Records in 2011 and The Men then undertook an extensive tour. In October 2013 released EP Campfire Songs EP, which was created when recording the album New Moon. Prior to the release of New Moon band recorded thirteen songs that originated from 40 demos from 2012. Of these thirteen, eight gets the forthcoming new LP for Sacred Bones called Tomorrow's Hits. The album was recorded in a top studio, which will be familiar to his sound. The Men and expanding their sonic palette and affirm the audience that comes to cutting-edge rock crowd. 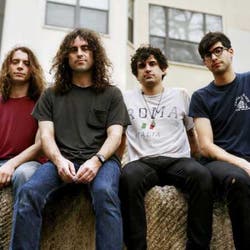 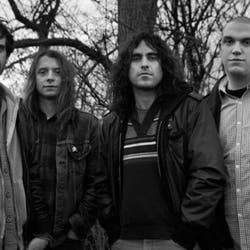 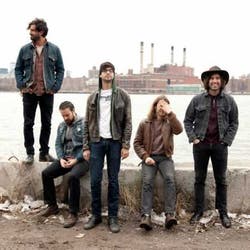 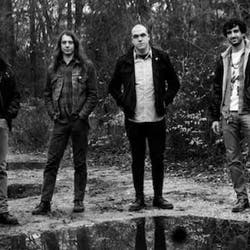