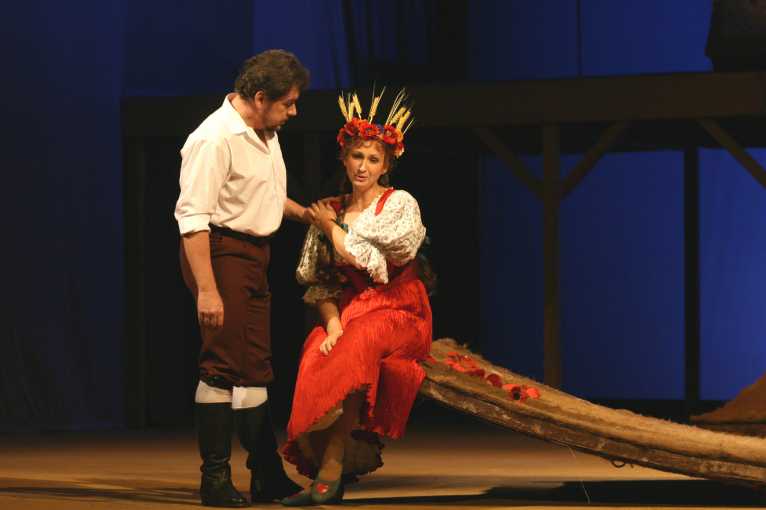 The Bartered Bride, an evergreen of Czech theatre and one of the icons of Czech culture in general, has been staged at the National Theatre virtually continuously from the very beginning up to the present day. In recent years it has already become a tradition that each new artistic management of the opera has created their own production of The Bartered Bride in which they have embodied their own dramatic visions and ideas.

Sometimes, we have highlighted in Smetana’s and Sabina’s eternal story from Czech village life replete with humorous as well as moving human types and situations its poetic qualities, at others its realistic harshness, while its grotesqueness and playfulness have also been accentuated. This time the National Theatre Opera invited for staging of The Bartered Bride the young director Magdaléna Švecová whose intelligent, femininely tender and thoughtful sensitivity and original dramatic vision serve to uncover covert or overlooked values in classical repertoire works. In the history of the National Theatre, she is the first woman to direct The Bartered Bride.