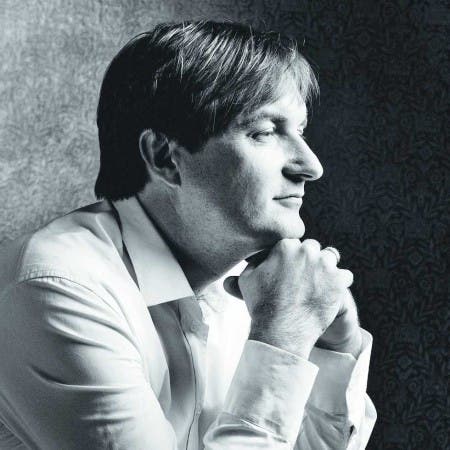 The renowned Czech baritone Svatopluk Sem, a graduate of the České Budějovice Conservatoire, is a regular guest of the most important Czech opera houses including the National Theatre in Prague, the J. K. Tyl Theatre in Plzeň, the National Theatre in Brno, and the Moravian-Silesian National Theatre in Ostrava. He also performs in concert repertoire, not only in the Czech Republic but on numerous concert stages in Japan, Denmark, South Korea, Austria, Spain, Germany, Russia, and England, working with outstanding conductors like Jiří Bělohlávek, Heiko Mathias Förster, and Tomáš Netopil. He shared in the recording of Smetana’s The Bartered Bride with the BBC Symphony Orchestra under the baton of Jiří Bělohlávek for the Harmonia Mundi label, and in the BBC documentary film Rolando meets Don Giovanni, appearing in that opera’s title role alongside Rolando Villazón.